Thanks to our community partners, the 101.5 Fall “Listen Local” Membership Drive is offering incredible thank you packages at all levels !

and Save the Date for the October 26th FREE CONCERT!

Also, your gorgeous 2020 Cambridge Community Calendars will be available for pickup during the Listen Live Community Concert on the 26th.

Check out the coffee mugs, window stickers, and other premiums available as thank you gifts at each level of membership.

CHOOSE ONE OF THREE MEMBERSHIP LEVELS: 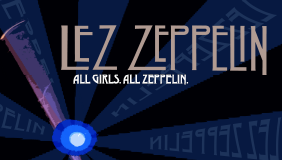 It’s wild out at Blackwater!While conducting the weekly waterfowl survey on the refuge yesterday, volunteer Ron Ketter captured this amazing image of a peregrine falcon harassing a bald eagle! The falcon was first observed harassing a northern harrier, and then decided to take on a pair of bald eagles. It even went after a vulture that happened to fly by. You never know what wildlife interactions you’ll get to witness while at the refuge! … See MoreSee Less

Tune in tonight at 8 for Paul Clipper‘s Bay Blues. We got to sit down and chat with John Nemeth for a short interview and we’re so excited to host he and The Blue Dreamers on Friday February 21. A few tickets still available at www.groovecitystudio.org

Don’t forget to tune in tonight at 8!! … See MoreSee Less

When this happens, it’s usually because the owner only shared it with a small group of people, changed who can see it or it’s been deleted.

Hurrah for clear skies! Tonight’s launch of the Antares Rocket is a go at present. Lift off is set for 5:39pm tonight. In Cambridge, we are in the 30-60 seconds after lift-off viewing zone. More info below. Head outside at 5:39 and look up!The loading of late-load cargo is complete, and early this morning, Antares and Cygnus rose again to the vertical position on launch pad 0A.

Listen in as the range goes through the countdown steps, along with a live look at the launch pad at 12:30 p.m. on UStream.
www.ustream.tv/channel/nasa-tv-wallops