Help us build the Cambridge Community Media Center!
We have just marked WHCP’s second anniversary of going “on the air”
and nothing could be more exciting than the official news of new studios!  Donate Now!

Thanks to leadership donations WHCP already has just over 70% of the $200,000 needed for the new facility on hand! That secures the technical build out for three of the four studios. Microwave, digital interconnection, and studio furniture are being installed.
The all-important street level Groove City Music Recording Studio & Public Event and Meeting space depends on you!

Be listed on the wall in the “founders acknowledgement” on permanent display in the new facility! 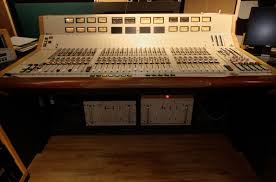 WHCP isn’t a building.  It isn’t control rooms, studios, offices, or even a transmitter.  Listeners tell us WHCP is an oasis of local conversation, music, news and events.  WHCP is companionship, information and music. WHCP is home.

The massive STX-34 console has arrived, thanks to a generous donation from George Blood Recording Studios in Philadelphia.

In our original “consignment shop” cramped studios at 512 Poplar Street, there is no dedicated space for live performances, training student interns, volunteer radio readers for the Blind reading service, or for teaching community journalists and music hosts.  All those activities share our lovable main studio which lacks grounded power and where the lack of soundproofing sounds like we are often recording right out on the noisy Poplar St. sidewalk.  You can almost smell the gas fumes!  We have been saving our pennies for a great opportunity in the future.  And that future is now!

Thanks to the leadership of Board Members George Vojtech and Patty Kaczmarek, and with the unanimous backing of the full Board, a new community media center at 516 Race Street is taking shape.  The new Cambridge Community Media Center and Groove City Recording Studios will provide nearly three times the space at half the monthly cost.  The new facility will allow WHCP to dramatically expand and enhance our services to the MidShore.  We just have to finish the technical build out.  Won’t you help!? 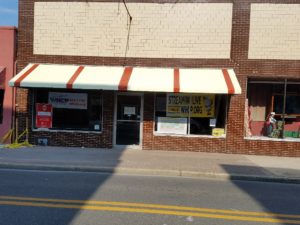 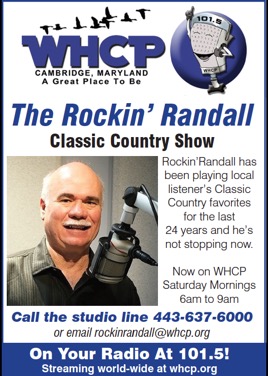 Air flow is a key! From the Health Dept. and CDC.If you need to have a repairperson or other visitors in your home, combine fresh air with strategies like wearing a mask and staying 6 feet apart to slow the spread of COVID-19:• Open doors and windows. • Place a fan near an open window or door, blowing outside. • Turn on the exhaust fans in your bathroom and kitchen. Keep them running for 1 hour after the visit to remove virus particles.More ventilation tips: bit.ly/35wITyg.
… See MoreSee Less

Nevermore shall you lack for titles dark and dreary! Here are a few suggestions from our Dorchester librarians!Edgar Allan Poe was born on this day, January 19th, in 1809. Request one of these titles to go with all things dark and deliciously Poe! Edgar Allan Poe: Buried Alive (DVD)Edgar Allan Poe’s Tales of Mystery and Madness – illustrated by Gris GrimleyThe Fall of the House of Usher and Other Writings: Poems, Tales, Essays, and ReviewsThe Tales of Edgar Allan PoeSteampunk Poe – illustrated by Manuel Šumberac and Zdenko BasicThe Complete Poems Library to Go:(410) 228-7331www.dorchesterlibrary.org
… See MoreSee Less

From the Health Department….DCHD is closed in observance of Dr. Martin King Luther, Jr. Day. If you are looking for safer ways to celebrate the holiday, here are some tips from the CDC. Learn more: bit.ly/2M0WtTXReminder: Our next COVID-19 testing event is Wednesday, January 20th, 9:30am-12:30pm at CSD High School.
… See MoreSee Less